AoR Season 2 (the polls for players only)

Season 2 availability poll
I’ve set up a Doodle poll here. Let’s aim for at least 1 July, 1 August session, and if it happens to work out to do more maybe we can stick a 3rd one somewhere in between. The sooner we get this filled out, the better.

Current Thoughts on Season 2
The first session will take place immediately following our last session, the middle of the night as The Reactor Core cantina burns - the characters will have made it into the Safehouse and will be holed up there for night. I’m trying to think of a scene for each character, to set the stage for the next Season and how each character will approach it.

The first session will end with the Balmorran Resistance going into temporary hiding - probably off-planet. My current thought is that we could run the full-length adventure “Onslaught at Arda I” - the team would be sent to the Rebel Base there to help them with a crisis of their own. Because it’s a published adventure, this would be a great opportunity for someone to develop their GM skills in this system - FFG has pretty good info in these adventures. Volunteers? I haven’t read it yet, just skimmed the intro (there is a point in the book where it tells players to stop reading to avoid spoilers - please don’t go past that point until you’ve officially volunteered to GM).

What to choose for the Duty Rank 3 group reward:

As before, if we choose the gear, each character should request an item that is interesting to your character and available to the Rebel Alliance (it should make sense for the Alliance to give it to you - I’ll vet them first).

For the 3 upgrades, we’d do a specific poll. Just note we may not spend a lot of time at the base after the first session (we might get to the next Duty rank before we’re back).

For starships, again, we’d do another poll. Right now I have a few good maps for ship layouts, attached. The ILH-KK, YT-2000, YT-2400, or stolen Lambda class shuttle. The YT’s are only rarity 5 base, so they would be modified in some way if we chose either of those (probably upgraded weapons?). If someone has another proposal we could consider it, too, if the flavour fits our situation. So no Dreadnought Class Heavy Cruisers, despite being Rarity 6! 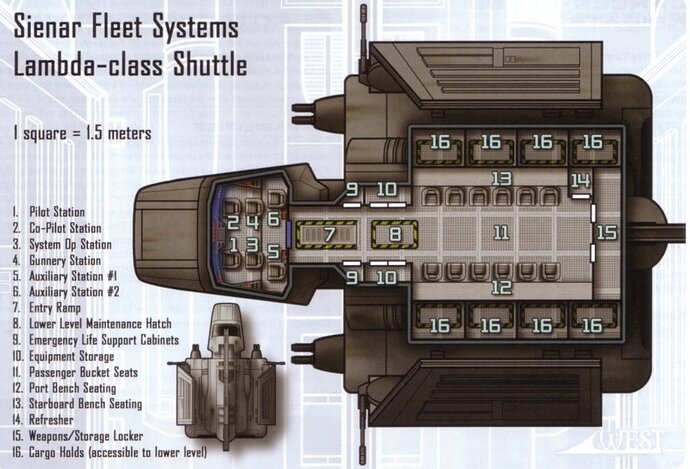 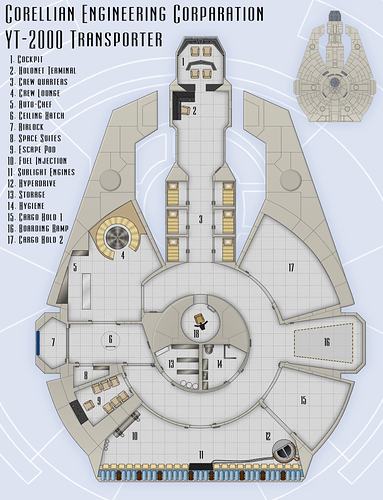 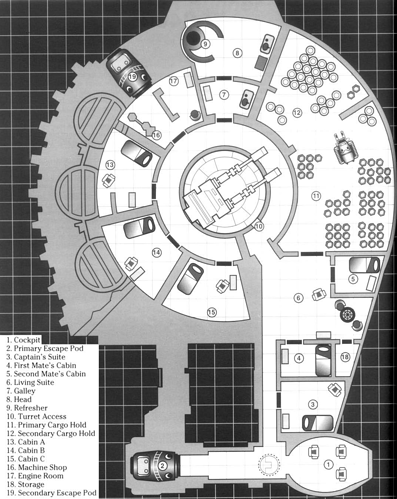 I’m not exactly sure but I’m planning on taking 2 weeks in August so I won’t be available then. Right now it could be Aug 13 to 28 but it might change.

I don’t have exact dates yet either, but we’re gone the first week or two of August; I’ll update as soon as we nail it down.

Looks like the Duty reward will be a rarity 6 piece of gear - start poring over the goodies and let me know what your character would be interested in!

I’ve locked in 2 dates: July 25 and August 30 (this might have to be at Richard’s house, but Tuesday works best for me). I’ll GM the first session, as mentioned above, and if someone else wants to GM the AoR adventure book “Onslaught at Arda I” I’ll be working on a plot back home on Balmorra for once that adventure finishes (it’s probably a 4-5 session adventure, depending on how quickly we move through stuff).

Before the first session, I’d like everyone to re-evaluate their characters’ Motivations in particular, and it’s a great opportunity to shift Duty if it makes sense to do so. A lot has changed. If you let me know what has changed, I’d like to start the first session with a scene focused on your character that will reveal this change. And hopefully further your personal plot lines.

Alan has told me that with his current life situation he’d like to drop out right now; you’re definitely welcome to rejoin us at any time! Your characters really enriched our story and I enjoyed your creativity.

If no one else wants to I’m open to GM’ing Onslaught at Arda I.

Alan will not be joining us, aww.

Yeah, I’ll miss you guys more than you’ll miss me.

I believe I put all that up on the Session recap on the wiki site.