by Cool Mini Or Not and Guillotine Games. ~The Others is miniatures game designed by Eric Lang who brought us huge hits like Marvel Dice Masters and Arcadia Quest as well as the soon to be released Blood Rage. It is a horror board game that plays 2-5 players in a 1 vs. many format. One player will play one of the 7 Deadly Sins (Lust, Gluttony, Greed, Sloth, Wrath, Envy, Pride) trying to trigger the Apocalypse while the other players are a team of supernatural heroes trying to save the day.

Any thoughts on this game?

That’s one thing I’ve notice in the last while There have been more interesting themes being released than the last few years. It seems like most of the games have been zombies, orcs and space battles.

It’s good to see designers venturing further into the creative. Or maybe they’ve always been there and the mainstream is just following them.

On another note, Eric Lang has been on fire for the last year or two. Insane amount of top hit games being released by him. Game of Thrones and Star Wars card games, Quarriors, Dice Masters, Arcadia Quest, XCOM, Blood Rage. All since 2008.

That’s almost the only reason I’m looking at this, Eric Lang is indeed on fire, I’m not one for the horror genre but I’m always up for another great game.I have Blood Rage coming in soon, but I wouldn’t want to get onboard something that no one wants to play.

I would try that game in a heartbeat! Interested in co-kick starting it? $100 isn’t cheap.

FFG is publishing it for the Kickstarter, and some good game designers are involved. Might be a chance to get it slightly cheaper?? It’s too close to Imperial Assault (but with co-op) for me to buy!

FFG involved in a kickstarter? Wow.

Thanks for the heads up on the SotC, if they shoed off more of their mini’s and sold the game better with reviews and previews I may have bought in. Though I did Massive Darkness earlier, and I love the minitures Cool mini comes out with. Here’s to the next one!

So two kickstarters I’m jumping into

This would be my first Pixel Tactics game, and well natch since it’s MegaMan. Since it’s compatible with other PT games do any of you guys have decks we could square off in when this gets released? This KS should go by quicker as they’ve gotten all of the graphic/asset approvals from Capcom already, so it’s just the final manufacture of the cards.

Think I’ll be getting this as well. Looks like a simple RPG that focuses more on the adventure aspect rather than getting bogged down in combat and such.

I’ve liked the look of previous PT games, I’m not suprised to see you snagging this one, looks like a good choice. Tiny Epic looks like a neat one as well. Looking forward to joining you in a game. Though we still need to finish our game that we didn’t complete at the cabin.

Also are you getting both packs or just the Mega Man one?

I’ll be getting both sets. Still undecided about getting the playmats too

Get the play mat, the things are epic in themselves!

Another one ending soon:

No Thank You, Evil! The Adventures Continue, via @Kickstarter https://www.kickstarter.com/projects/montecookgames/no-thank-you-evil-the-adventures-continue

Looks like a pretty neat one for kids, and the story hooks pack could be useful even for other games.

Update: I’m backing the game - probably a touch on the simple side mechanically for my kids, but looks like excellent GM training (and happens to be a very insidious way to get homeschooling language arts covered without my kids realizing it).

Here’s a project for anyone interested in making isometric maps - really cool!

This just in Alien Frontiers is on Kickstarter again, I may actually bother with this this time…

I LOVE Alien Frontiers. Great dice worker placement game. I got all the Kickstarter upgrades and promos and expansions. I bought off someone in Nova Scotia a year or two back. 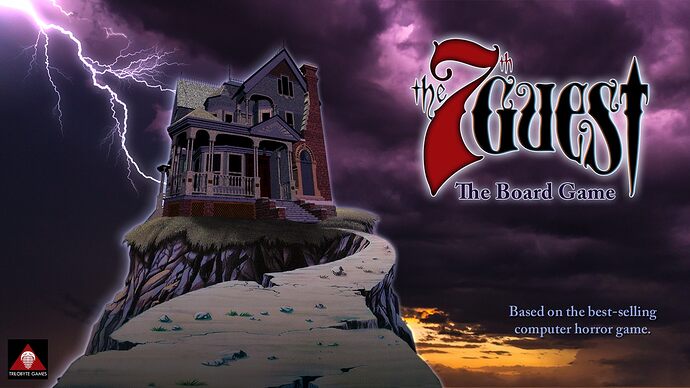 The 7th Guest Board Game

From the creators of The 7th Guest & The 11th Hour, the board game faithfully based on the best-selling computer horror classic..

So… I’m kind of obligated to back this one. Managed to snag one of the Early Bird backer sets. 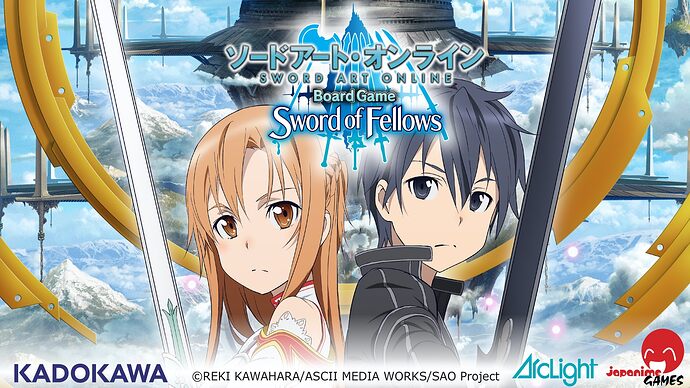 Enter the world of Sword Art Online! Defeat the enemies of <> in this Cooperative Dice Based Battle Game for 1-4 players!

Debating on backing this one as well, since it’s relatively cheap in comparison. And apparently is based on an existing game already and this is just the translation, so they expect a quick turn-around on it.

Neither game speaks to me, but the 7th guest could be fun. That said, I didn’t look to terribly close at either of them.

I’m backing Sword Art Online. I’m going for the regular version because the deluxe version’s box isn’t as nice… to me. And foil cards… I don’t need that. But I am getting the plastic standee’s… even though it’s expensive. Ahh well, I love SAO. 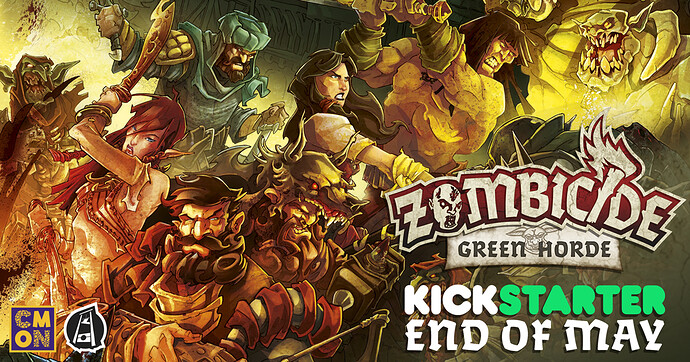 In Zombicide Black Plague, Survivors were forced to get medieval with the infected walkers. CMON now announces the upcoming Kickstarter for the sequel, Zombicide Green Horde. 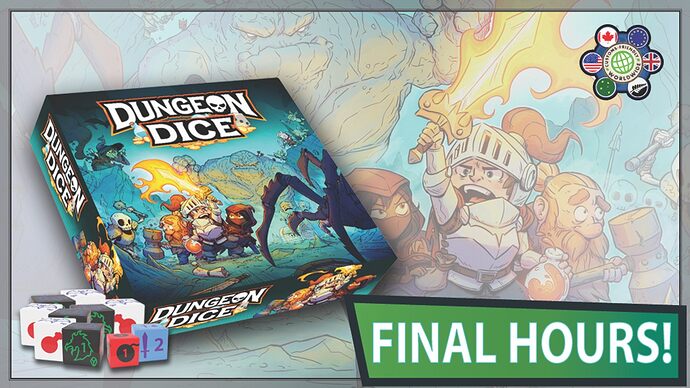 Dungeon Dice returns with a new expansion, The Lost King and a box with room to hold all add-ons. Now there's more dice to love & roll!

Final Dungeon Dice expansion is up, and finally offering a box to contain all the releases.

I also went and backed SOA, but I’m debating on pulling out of 7th Guest. The excessive clip art and the almost mums-the-word on the 13th Doll is making me wonder if this project will end up seeing the light of day.