Stonemaier announced Scythe, an alternate 1920’s history area control game with artwork from Jakub Rozalski. It looks and sounds fantastic! I think this one will pull me back into Kickstarter. It only hits kickstarter in October. 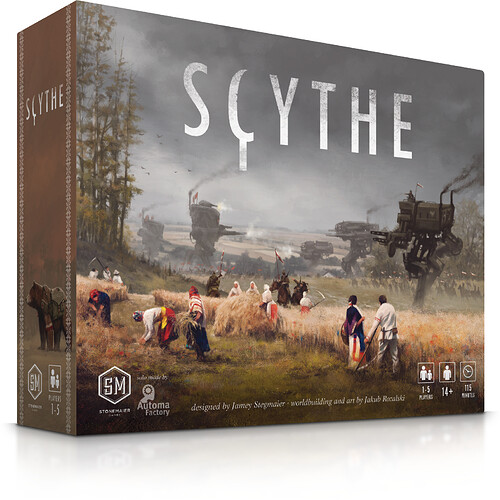 Created by lead designer Jamey Stegmaier with the assistance of Morten Monrad Pedersen (solo variant) in the stark but beautiful world of artist Jakub Rozalski, Scythe successfully funded by Stonem…

Yea, I follow a majority of of the Stonemaier posts, and their kickstarter campaigns are some of the best out there. I’d love to hope on board with Scythe but am unsure of what I will do as of yet, here’s to October!

Some pics from Jakub Rozalski. I absolutely love the 1920’s alt theme with mechs. 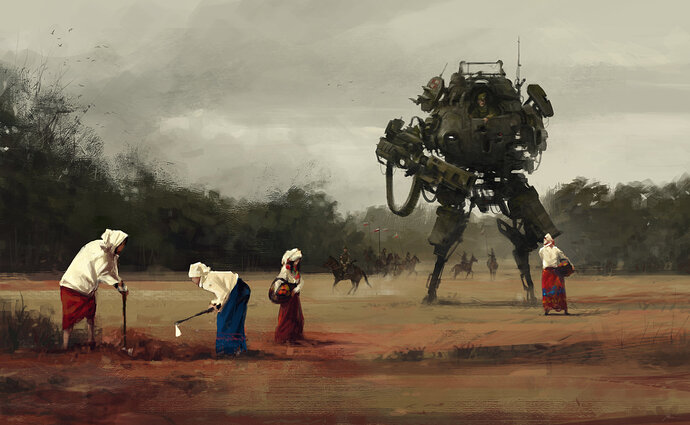 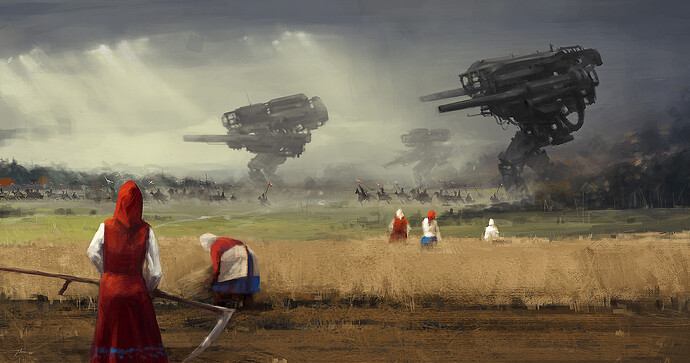 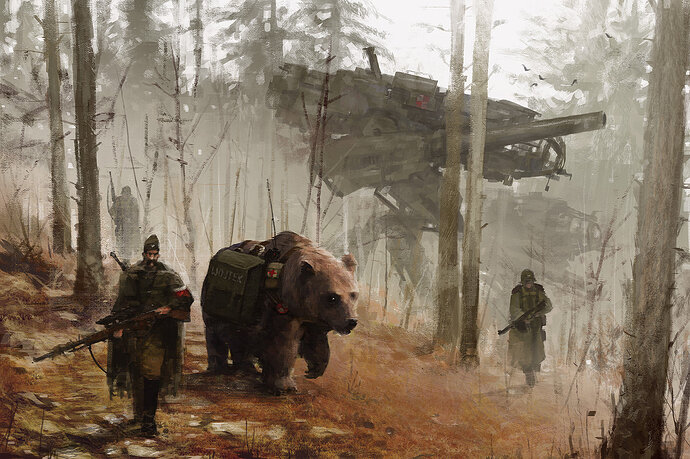 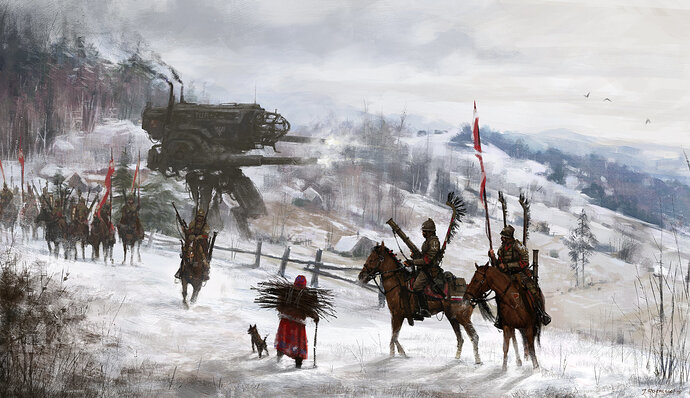 That art is awesome.

So he was creating stretch goals based off the current pledges. Too me this seemed to punish people who pledged early because each pledge would make additional stretch goals harder to achieve. It trys to turn the kickstarter into a linear graph of pledge instead of the spikes and dips it normally is. Knowing this I would have saved my pledge for the last day instead of the first.

People were pretty upset about it so he did cave in and change the stretch goals to a more traditional method. I think he failed to realize how much money this kickstarter could make in one day on top of not seeing the negative psychology of having the stretch goals based off the current pledges.

He has stated that because this game is so expensive to produce the scale of economies doesn’t apply. He doesn’t get that much of a break if he prints 5000, 10000, or 20000 copies. He even said that he considered this and budgeted for the stretch goals already. So knowing this I would be unhappy as a backer if any of the goals were missed. I think in this case he should have revealed a new stretch goal each day without a monetary value attached. Or maybe showing that we already broke through the goals based off the wildly successful first day.

Anyways there are a lot of opinions on this and it created quite a stir. At the end of the day I am totally happy with what the base game looks like even without the stretch goals. People have to realize the way the psychology of things make people feel. Regardless of what is actually happening financially.